There are a LOT of oral surgeons in San Francisco, but very few with all the abilities of Dr Alex Rabinovich who has the respect of his fellow oral surgeons as well. He is frequently called upon to speak at conventions and has authored a number of medical papers, so in a sense he is the “go to” oral surgeon that other oral surgeons learn from. 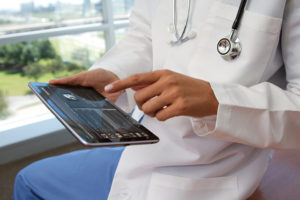 Certainly, Dr Rabinovich carries out run of the mill procedures such as wisdom teeth extraction, but as a specialized oral surgeon in San Francisco he can do much more, such as surgery for sleep apnea, and for jaw reduction.

Dr Rabinovich attended George Washington High School in San Francisco and then went to UC Berkeley where he earned a Bachelor’s degree in environmental Biology, graduating with honors. He then went to Columbia University School of Dental and Oral Surgery where he graduated with his DDS degree. He next attended the State University of New York, Downstate School of Medicine graduating with his MD and followed this with a period of residency training in General Surgery and Maxillofacial Surgery at Kings County Hospital.

During his time there he became interested in Craniofacial Surgery and was selected for a fellowship at Georgetown University / Posnick Center for Facial Plastic Surgery where he worked with some of the world’s leading surgeons in the field of Head and Neck Surgery from Georgetown and Johns Hopkins Universities.

Dr Rabinovich has a particular interest also in reconstructive facial surgery such as cleft lip and palate and other facial deformities. He takes part in medical missions overseas where he carries out voluntary reconstructive surgery for children who need it.

Dr Rabiniovich is often called upon to perform facial surgery on patients who have been referred to him by their doctors with oral pathology conditions. As a specialized oral surgeon in San Francisco his office is one of the few in the city to have the latest state-of-the-art iCat 3-D cone beam CT scanner which provides a far superior image to that of an X-ray machine. Teeth and bone lesions are often unnoticed by the patient until they show up as a result of the image produced by the scanner. Tissue changes do not necessarily mean that there is oral cancer present, but they do need to be evaluated by a specialized oral surgeon in San Francisco such as Dr Rabinovich.

Most of the oral surgery that Dr Rabinovich undertakes can be performed under local anesthetic or light sedation, but full general anesthesia is available in our state-of-the-art office when it is necessary.